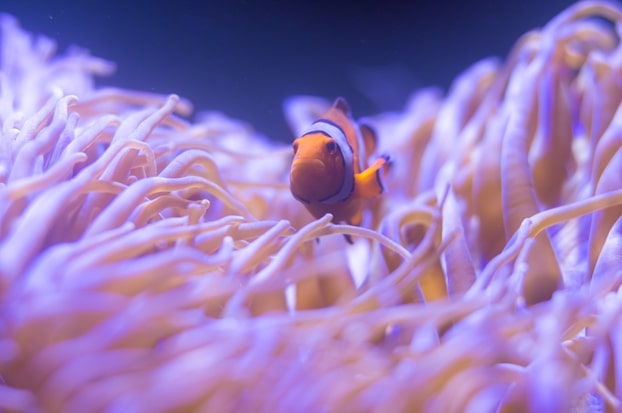 Did you ever look at a clown fish and realize there is a mutually beneficial relationship with the anemone where they live? Don’t worry, it is difficult to look past the beauty and see the symbiosis – a co-existence where both benefit from the relationship.

This example rings true in many other aspects of the world – both personal and business, where mutual positive relationships operate like clockwork to provide positive outcomes for both parties.

Enter IoT into the picture. If you haven’t heard, IoT (the “Internet of Things”) is the current industrial revolution which merges anything with a power switch (think coffee maker, air conditioner, printer) with the internet – making them smart devices and increasing efficiencies – a new definition of a symbIoTic relationship.

And IoT isn’t going away anytime soon. In fact, it’s not only become a hot technology in most industries, it’s predicted to generate over 26 billion connected devices by 2020 (1). And there’s even “smart cities” that are being built – one is funded by billionaire Bill Gates, who is dedicating $80B (yes, Billion) dollars to building a smart city in Arizona (2). This technology isn’t going anywhere soon.

The relationship between humans and IoT “smart” devices is only getting stronger, as humans rely more and more on the increased efficiencies garnered by such powerful technologies. And in these cases, it’s more of a mutualistic relationship – not a competition – and it’s becoming a symbiosis. Consider the advanced IoT devices, such as implantable medical devices which monitor a host of biochemistries and transmit results instantly – without the patient stepping out of their house or pricking their finger (3), and these are just the start.

Other devices which are simple and small, yet pack a punch of efficiencies, are revolutionizing how ordering is managed in various industries – take the Switton desktop device (www.swittons.com), which is under 4 square inches and customizable so a specific order is placed (or request sent) at the single click of one of it’s four buttons (4). It’s an enterprise solution best suited for customers who have up to 4 frequent order / request behaviors. Brilliant.

These IoT devices are creating a new, symbIoTic world of efficiencies and cost savings, not usually attainable through conventional electronic or computer-based means. It’s definitely a new industrial revolution – perhaps creating a better relationship with you, and your business, than a clownfish in an anemone.

Is your company on the forefront of this permanent wave of technology?